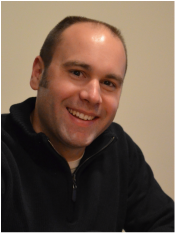 An active performer and versatile educator, Dr. Ryan Frost is known for his expertise in both concert and world percussion. Currently serving as Instructor of Percussion at Wartburg College, Frost has taught a variety of academic courses as well as both western and non-western music ensembles at several institutions of higher education. He was honored to have received the Fairmont State University Outstanding Adjunct Award for Teaching Excellence.

Ryan’s interest in the percussive traditions of West Africa, supported by the Global Education Opportunities grant, led him to study Ghanaian drumming and dance at the Dagbe Cultural Institute and Arts Center and the Dagara Music Center in Ghana. Additionally, he is a current member of the Percussive Arts Society World Percussion Committee and has served as an officer for the Iowa Percussive Arts Society chapter.

Along with the study and performance of non-western traditions, Frost performs with local and regional orchestras including the Waterloo-Cedar Falls and Wartburg symphony orchestras, and has previously performed with the Dubuque Symphony Orchestra and Morgantown Community Orchestra. He holds degrees from West Virginia University, Middle Tennessee State University, and the University of Northern Iowa. Frost proudly endorses Black Swamp Percussion products and Innovative Percussion sticks and mallets.